Protect half the Earth for a healthy future 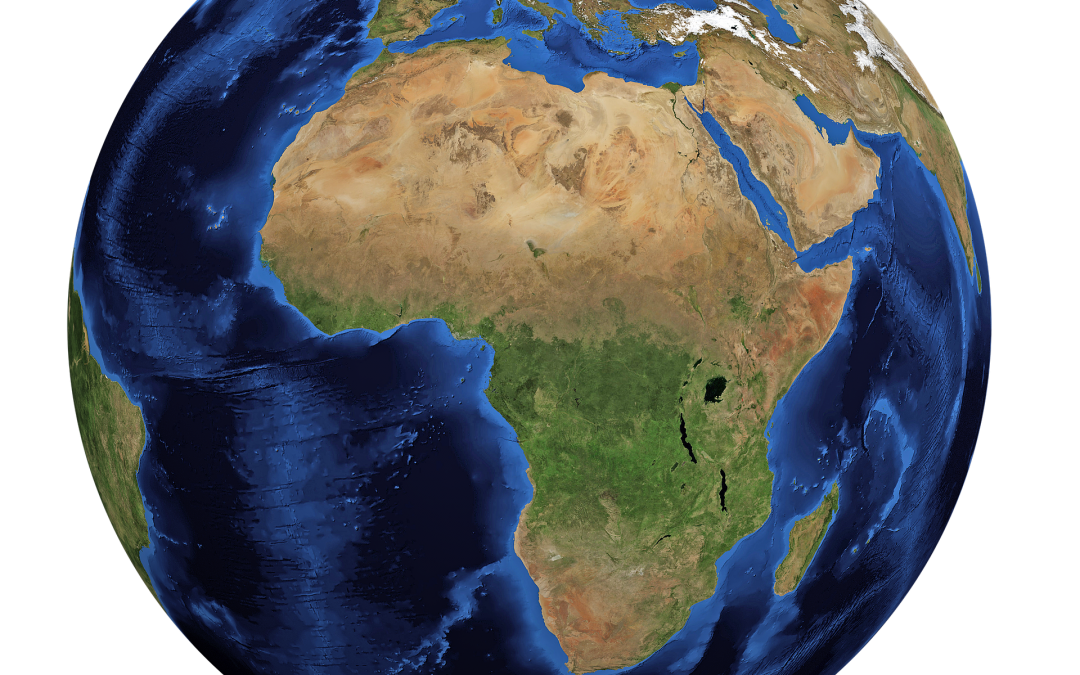 How much of the Earth do we need to protect from farming, development and settlement to ensure the future of health of both ourselves and our planet? And how are we doing so far?

The Global Deal for Nature calls for half of our planet to be set aside to protect habitats and biodiversity and act as climate stabilisation regions. And this must be done by 2030 if we want to slow the effects of the current climate emergency. At first glance this number might seem unattainably large, particularly considering the fact that the UN projects a global population of 8.5 billion people by 2030. That’s over 16 people for every square kilometre on earth.

Protecting 50% of our planet is, clearly then, an ambitious target. What’s the rationale? As the article explains:

“Opportunities to address both climate change and the extinction crisis are time bound. Climate models show that we are approaching a tipping point: If current trends in habitat conversion and emissions do not peak by 2030, then it will become impossible to remain below 1.5°C. Similarly, if current land conversion rates, poaching of large animals, and other threats are not markedly slowed or halted in the next 10 years, “points of no return” will be reached for multiple ecosystems and species.”

They go on to explain that the failure to contain this situation won’t just result in harm to some obscure species in a distant land that will not affect us. On the contrary:

“It has become clear that beyond 1.5°C, the biology of the planet becomes gravely threatened because ecosystems literally begin to unravel. Degradation of the natural environment also diminishes quality of life, threatens public health, and triggers human displacement because of lost access to clean drinking water, reduced irrigation of important subsistence crops, and exacerbation of climate-related storm and drought events. These occurrences will become increasingly worse without substantial action over the next few years. Additionally, human migrations, triggered by climate change–induced droughts and sea-level rise in combination with extreme weather events, could displace more than 100 million people by 2050, mostly in the southern hemisphere.”

The Global Deal for Nature (GDN) is intended as a companion pact to the Paris Climate Agreement. This is backed up by a growing body of evidence showing the links between carbon sequestration and biodiversity. This may be especially true in indigenous forests, but applies across biomes. The goals of preserving biodiversity and limiting atmospheric carbon are therefore twinned. Just as the Paris Climate Agreement is based on Atmospheric sciences, Earth sciences, and remote sensing, the science of conservation biology is the scientific basis for the GDN. It is based on 5 fundamental goals:

(1) represent all native ecosystem types and successional stages across their natural range of variation—or “representation”;

(2) maintain viable populations of all native species in natural patterns of abundance and distribution—or “saving species”;

(5) address environmental change to maintain evolutionary processes and adapt to the impacts of climate change.

The article criticises the current target of 17% of the earth protected by 2020 as “ interim measures that are politically driven but not science based and are widely viewed in the scientific literature as inadequate to avoid extinctions or halt the erosion of biodiversity.” It also highlights the fact that it is critical to conserve areas across a large diversity of habitats, and also to provide for large, interconnected protected areas to facilitate movement of species.

The goal of 50% is made of up protecting 30% of landmass by 2030 – a target recognised by several scientific bodies, including the IUCN. The report goes into detail specifying the placement of these areas to achieve optimum species, habitat and biodiversity preservation, and supporting the calculation of 30%. It is suggested that the further 20% is set aside as carbon sequestration areas (CSAs), explained as follows:

“Simply put, CSAs are areas where conservation of vegetative cover occurs and greenhouse gas emissions are prevented, which can be achieved under various forms of land management. A key target of the GDN would enhance efforts to maintain at least 85% forest cover in critical areas such as the Amazon. Some parts of the planet work as a system and need to be managed for a high proportion of intactness to continue to function as a weather machine for the planet.”

Considering that 37% of the remaining natural lands on earth belong to indigenous peoples, the report highlights the potential of these zones as CSAs. They point out that working with these peoples to protect the lands in their natural states while providing for the communities’ needs will be essential:

“The direction, insights, rights, and voices of indigenous peoples are essential but rarely published in scientific journals. The GDN could assist indigenous peoples, where requested, to keep lands intact—for hunting areas, protection of traditional lifestyles, or other features—and provide a mechanism to assist these communities with securing tenure rights. “

The Discussion section of the article is insightful and discusses some of the challenges that could be faced in acceptance and achievement of this target. Perhaps most starkly they point out that gross costs for nature conservation measures across half the Earth could be as much as $100 billion per year. However, the current spend of the international community comes to only $4 billion to $10 billion per year on conservation. This is a gap that will need creativity and commitment to bridge. We believe that the use of skills donations in a wider range of specialties than is currently leveraged, such as volunteer doctor time to provide health benefits to communities and therefore encourage symbiotic land protection, will be key to achieving the 50% in a sustainable way.

The final paragraph of the article sums up the plight we face, the urgency of the situation, and the possibility of this ‘half for earth’ solution. Park Doctor believes rapid expansion of our protected areas based on strong science such as that presented in the GDN proposal will be a vital part of avoiding a climate emergency that will see a dire decline in the health of all life on earth.

Complex life has existed on Earth for about 550 million years, and it is now threatened with the sixth mass extinction. If we fail to change course, it will take millions of years for Earth to recover an equivalent spectrum of biodiversity. Future generations of people will live in a biologically impoverished world. Adopting a GDN and the milestones and targets presented here would better allow humanity to develop a vibrant, low-impact economy and conserve intact ecosystems, all while leaving space for nature. Linking the GDN and the Paris Agreement could solve the two major challenges facing the biosphere and all the species within it and result in a return to safe operating space for humanity.